We got up extremely early to go chimp trekking in Kibale rainforest.  When we went outside (to get to 'the pit'), we were greeted with an amazing view from Andrew and Sarah's balcony - it looks out over Lake Mbajo, with the Rwenzori mountains in the distance - the sun was about to rise. 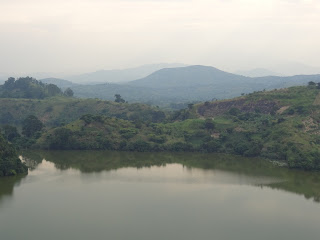 Vikram drove us over extreme lumpy bumpy roads to the chimp centre.  We met our guide (Farida), and walked us into the rainforest.  We walked a long distance, it was quite hilly.  We heard the chimps before we saw them - they call very loudly, and drum on the gigantic roots of Banyan trees - this apparently is the 'chimp telephone' system, according to Farida. 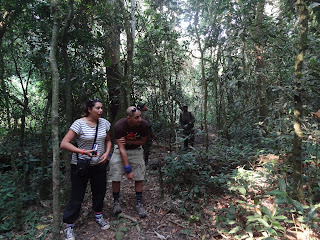 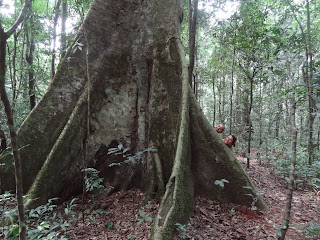 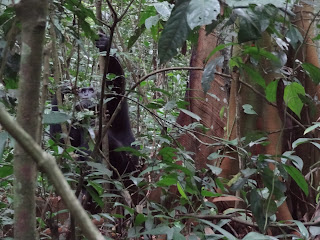 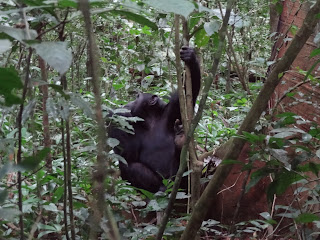 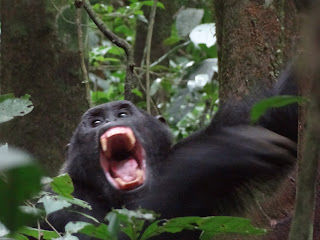 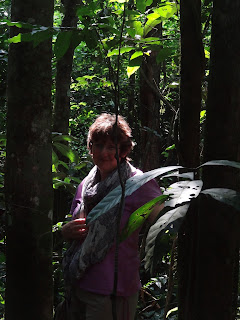 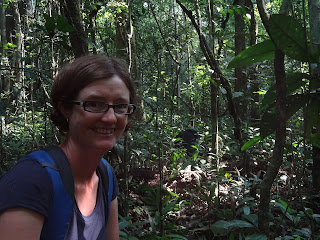 We learnt a lot about chimp behaviour from Farida - shocking to hear about some of it - not publishable, in case my children are reading!  We saw some funny behaviour - one male chmip was waiting for the female to come down from a tree, but she wouldn't come to him, so he had a bit of a strop.  A 'chimp domestic'.
Then we saw another male chasing a smaller male up a tree, showing whose in charge. 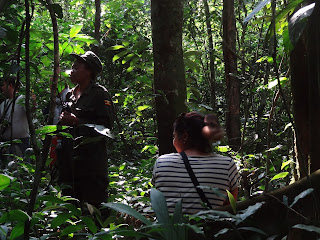 Meanwhile, Vikram and Woan-Yi went for a walk around 3 nearby crater lakes.  They picked us up from the chimp centre, and we went for lunch overlooking another lake.  We looked at the menu, and all chose, but when the man came to take our order, he said we had to chips and vegetables, as that would be quicker!  It still took over an hour to come though, by which time we were playing silly games - who could hop / skip that fastest (Alex won), and what we could wear for a masked ball in the evening!  A monkey came to see us there too! 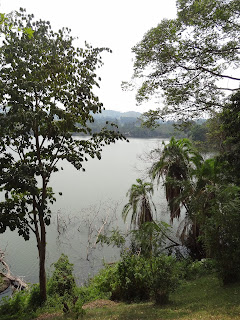 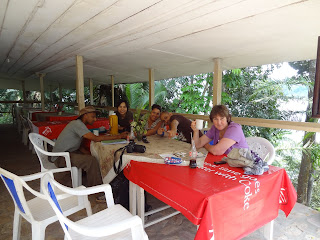 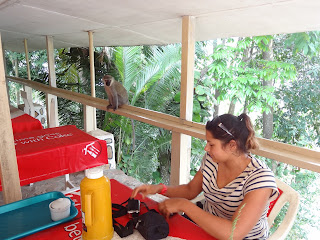 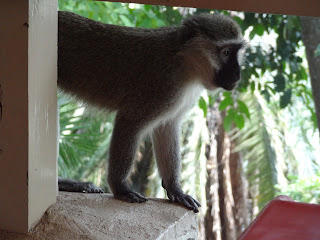 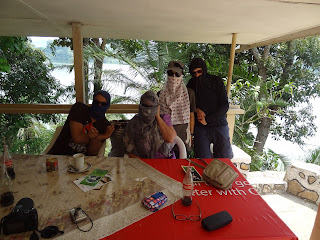 After our prolonged lunch (which was quite nice, considering it was chips and vegetables), Vikram drove us to the 'Top of the World'.  The Mitsubishi got stuck in a massive trench whilst trying to turn a tight corner, so Bex video'd the moment and we all took photos!  Helpful!  Vikram wants me to stress that it's only a 2 wheel drive! 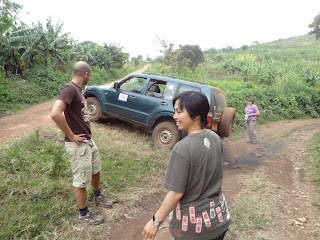 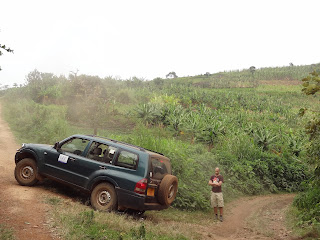 The 'Top of the World' is a beautiful view point over 3 crater lakes. 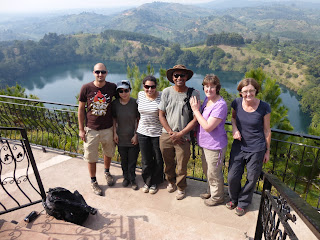 We returned to Andrew and Sarah's lodge, then some of us went for a swim in the lake.  Sarah and I ended up swimming all the way across and back - the hypnotherapy is still working (I was scared of swimming anywhere except in a pool a few months ago). 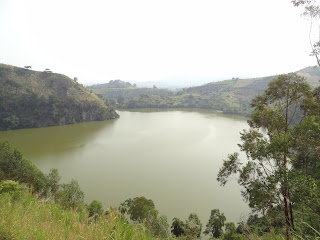 Altogether a fab day - thanks to Andrew and Sarah for organising everything so well for us.