We visited Kagando hospital in the West of Uganda (around 6 hours drive from Kampala), where Andrew and Sarah worked when they first came to Uganda around 21 years ago.  They still visit regularly.  Sarah showed us around the hospital, and everyone was very welcoming.

I met the physio whist we were there.  He is called Ochom Kenneth, aka 'Ken'.  He is doing a fantastic job, being the only physio at the hospital, he sees all the inpatients and some outpatients from as far away as Congo!  So he has to know everything about everything.  He also has very little equipment to do it with - he showed me his home made traction equipment.  It is now my mission to get some equipment out to him with a student physio who is visiting from the UK in August.  I think I'll try and get our physio department to help with some fundraising - beware RD&E when I get back!  He says he never gets any visitors, so he really appreciated our visit. 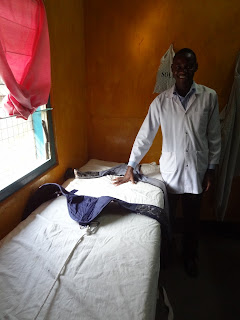 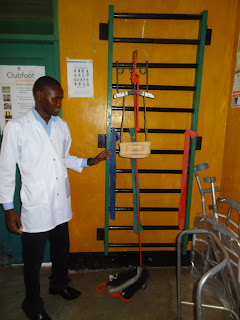 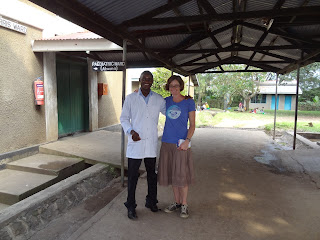 After our visit, he was going to see a man with polyneuralgia which was so bad that he could not walk when he first saw him.  Now he is able to walk with crutches.  He showed us a woman on the surgical ward who was burnt from her neck to her chest.  She had refused to let her husband take another wife, so he put a mosquito net around her neck and set it on fire.  You hear about shocking stories like this too frequently here.

We are so lucky in the UK to not have to worry about paying for treatment.  He says that some patients spend around $15 to get to the hospital, then they need to pay for their treatment, so he never turns anyone away, and always tries to help everyone.  Being the only physio there, he hasn't had a day off for ages, as he says the queue will only get bigger.  He needs help.

Karen talked to the administrator and the finance team to find out the costs that patients have to cover, so that we can think about how we can help in the future.  Some patients cannot afford their stay, and often have to sell family items to afford their hospital stay.

After that, we went to see the Nzirimbi orphanage. Andrew and Sarah have been personally involved in the orphanage for years, and even have one of the dormitories named after them.  A lady called Dorothy started the orphanage years ago, and has gradually built it up with new land and buildings funded from a church in Leamington Spa.  They now look after 110 children, mainly from mothers who have died in childbirth and their families cannot afford to care for them.  Again, we heard some sad stories of children being left in rubbish dumps / saved from being sacrificed.  Millie (Dorothy's sister) kindly showed us around, and we met some of the children. 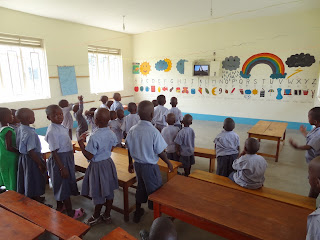 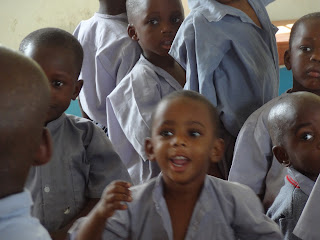 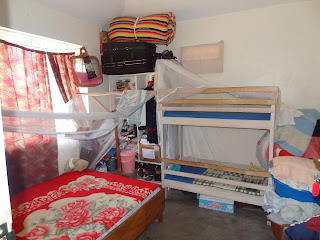 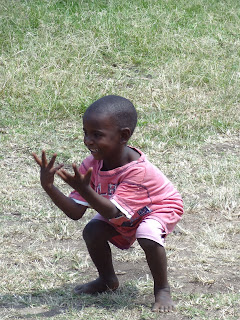 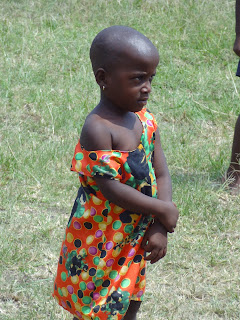 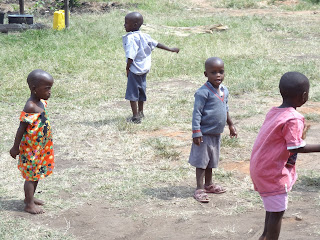 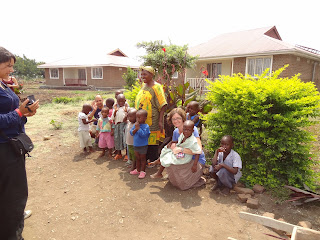 We gave them some of the book and toys we had brought with us - kindly donated from friends in the UK.  They loved them, and we caused a bit of chaos!  Thank you so much to Millie and the children for giving us such a wonderful welcome.

Then we were on the road again, heading south, passing the equator, and driving to the Kazinga channel, which joins lakes George and Edward in the Queen Elizabeth National Park in the West of Uganda.  We went on a boat trip and saw water buffalo, elephants, hippos, crocodiles.  Totally amazing, and a total contrast to our morning. 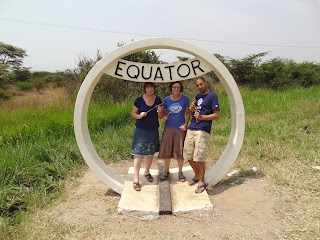 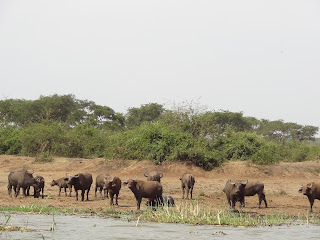 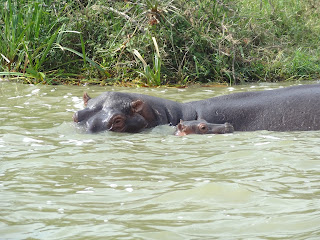 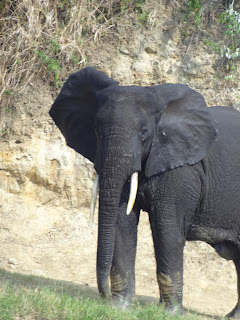 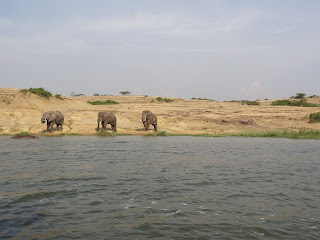 We camped in the park, and heard snuffling and scratching noises around our tents!  I think it was warthogs, which we had seen earlier in the campsite. 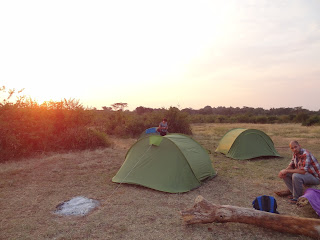 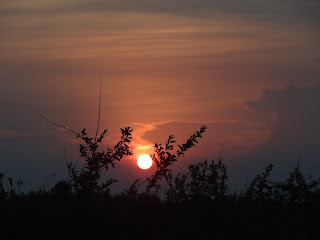